Terms to the Lord’s Poor as Follows:—All Bible Students who, by reason of old age, or other infirmity or adversity, are unable to pay for this Journal, will be supplied Free if they send a Postal Card each May stating their case and requesting its continuance. We are not only willing, but anxious, that all such be on our list continually and in touch with the STUDIES, etc.

RESISTING THE EVIL ONE

The great Adversary seems to be especially active now. About one-fourth of all the preachers in many cities have pledged themselves to an opposition to the Gospel Message which we are sending forth. Unable to do this logically and Biblically, they grasp at opportunities to slander and falsify. They are co-operating with the Brooklyn Eagle and scattering a slanderous copy of the same which seriously perverts and misrepresents the Truth. These are being sold and sometimes given away free for the purpose of arousing prejudice.

A recent number of the BIBLE STUDENTS MONTHLY has been especially prepared as a brief answer and offset to these attacks being made by those whom Satan has deluded into His service.

We are prepared to supply free in any quantity a sufficient number of these little papers to serve any city or town which has been served by the Eagle. We invite the assistance and co-operation in this service of all who love the Lord and the Truth. Orders may be sent in at once. But we advise against the using of this special issue in other places where the ministers have not entered into such a combine and are not thus actively serving the Adversary. It is, and should always be, the policy of God’s people, so far as possible, to live peaceably. We do not wish to make an attack upon anybody, but merely to repel attacks and to set the people free for their benefit.

A CURE FOR SURFACE CANCER

Cancer troubles are becoming more numerous. We know of no remedy for internal cancers except surgery. Even then a cure is doubtful. We have recently learned of a very effective and simple remedy for cancers which show themselves on the surface of the body. We are informed that a physician, after testing this remedy, paid $1,000 for the information, and that he has established a Cancer Hospital which is doing good work. The recipe has come to us free and we are willing to communicate the formula, but to those only who are troubled with surface cancers and who will write to us directly, stating particulars. No fee will be charged, but in order to protect the sufferers, we require a promise that they will not sell the formula to others, nor receive pay for the use of it, nor communicate the formula to anybody. Any one known to be a sufferer can be informed of the terms on which the prescription is obtainable through us.

The third General Convention of the year will be very favorably located for the friends in the Central, Western and Northwestern States. All sessions will be held in the large convention auditorium at the Monona Park Grounds. This park is beautifully located on the outskirts of the city, and is reached by the electric street car lines of Madison which run within five blocks of the Auditorium. The grounds and auditorium being on the lake front, some may find it more convenient to take the boats which run between Madison and the Assembly Grounds. The street carfare is 5c., and the boats have met this rate and will charge the same—5c. in each direction during the time of our convention.

There are no lodging accommodations at the grounds, hence all the friends will be located at most convenient places in the city of Madison. Such accommodations will, if desired, include breakfast and an evening dinner. Luncheon will be provided at the convention grounds for 10c. and 15c., as there will not be much opportunity for returning to the city between morning and afternoon sessions.

Railway rates: As a low rate of 2c. per mile is always available in this section, no further special reduction has been made for this convention. However, all expecting to attend should immediately inquire of their local ticket agent. From many points low summer tourist rate tickets are on sale to Madison. From the extreme West summer tourist rates to Chicago permitting stop-over at Madison may be found cheaper. In some instances, a party rate for ten or more on one ticket traveling together may be better. If ticket agent cannot inform you, request him to telegraph his General Passenger Agent for lowest round trip rate.

Accommodations: Address your request for accommodations (stating what days you expect to be at the convention, how many are to constitute your party, and color and sex) to Laymens Home Missionary Movement, Madison, Wis.

This convention will be held in one of the most magnificent, large auditoriums in the world. It is located in the center of the beautiful 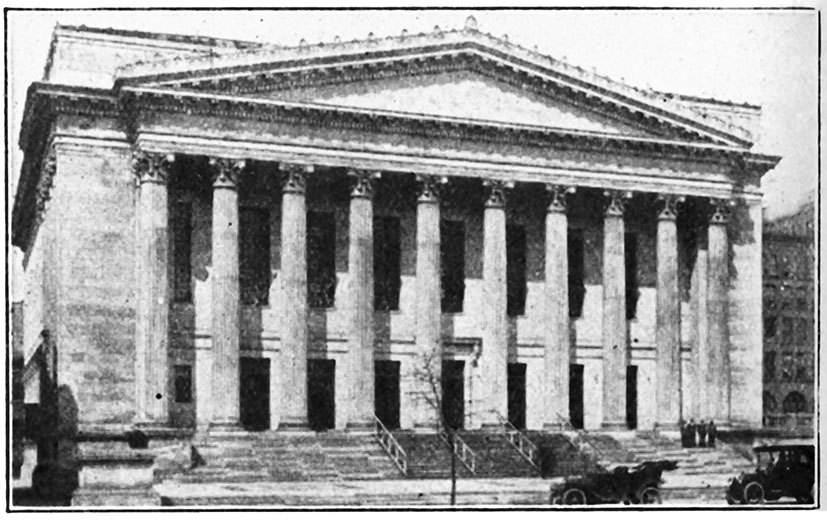 city of Springfield, but is a cool, large, spacious building promising to be a most comfortable place for this mid-summer General Convention.

Railway rates: The New England Passenger Association have granted a special rate of fare and three-fifths for the round trip on the Certificate Plan. All attending from New England points should, when purchasing tickets, mention that they are going to the International Bible Students Association Convention, and when purchasing full fare one way ticket, be sure to secure a Certificate-Receipt. This Certificate-Receipt, signed by Convention Secretary, at Springfield, will entitle the owner to purchase a return ticket at three-fifths (3/5) fare. However, inquire of your local ticket agent at once, as there may be other special excursion rates, or a lower rate might be secured by a party of ten or more traveling together on one ticket. We understand a special train for Bible Students has already been arranged for from Boston, with a special low rate. From all other points in the United States, summer tourist rates to Springfield, Mass., or to Boston, Mass., will probably be found very reasonable.

Accommodations: Our representatives will secure best possible accommodations at moderate rates as previously mentioned. So that all may be comfortably located, however, it will be necessary, if you expect to attend, to immediately advise how many will constitute your party, stating color and sex and what days each will expect to attend. Address all requests and information to Laymens Home Missionary Movement, Springfield, Mass.

This General Convention will be most favorably located for the friends over the entire South, as well as many from the Middle and Western States and elsewhere. Being located in the mountains at a high altitude (2,250 ft.) the temperature is quite moderate. The Convention Auditorium, we are informed, is quite a large and comfortable one.

Railway rates: The Southeastern Passenger Association have granted very favorable rates from all points in the Southeast, and we advise the friends everywhere, who expect to attend this convention, to get particulars from their local ticket agent, asking for special rate to the International Bible Students Association Convention, at Asheville, N.C. Special summer tourist rate tickets are also on sale to Asheville.

Accommodations: If you expect to attend this convention, advise us promptly for what days, how many are to constitute your party, and color and sex. Address all requests and information to Laymens Home Missionary Movement, Asheville, North Carolina.

For the Canadian friends this General Convention will be most favorably located, although no doubt there will also be a goodly number in attendance from the United States.

All sessions are to be held in the Horticultural Hall at the Canadian National Exhibition Park, West Toronto. The Park is easily accessible by Grand Trunk Railway and by King Street and other trolley car lines.

Railway rates: Railways have made the same concessions as last year. There are always special rates to Niagara Falls, which is about two hours’ sail by steamer to Toronto at a moderate price. If no rate as low as 1-1/2c. per mile each way is available, purchase a one-way ticket to Toronto, and have your agent fill out a Certificate-Receipt and bring it with you. This will entitle you to a return ticket for 25c. This Certificate-Receipt, signed by Convention Secretary, will entitle the owner to a return ticket at 25c. to many Canadian points, and to American points in the Eastern States at three-fifths (3/5) the regular rate for return passage. Be sure to secure a Certificate-Receipt, account I.B.S.A. Convention, when purchasing one-way railroad tickets through to Toronto. There may be other cheaper excursion rates for the round trip to Niagara Falls or to Toronto. Ask your local ticket agent at least a week in advance.

Accommodations: If you expect to attend this convention, advise us promptly for what days, how many are to constitute your party, and color and sex. Address all requests and information to Laymens Home Missionary Movement, Toronto, Ont.